The Hidden Costs of Telecom Services 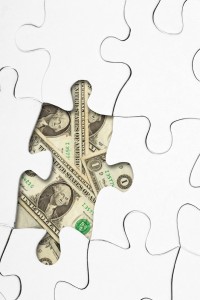 In business, what you don’t know certainly can hurt you. That’s especially true when you’re paying for telecommunications services. The billing practices and patterns of the telecom carriers could put a significant but avoidable extra financial hit on your organization unless you practice active telecom expense management and have the expertise to know what to watch out for.

The first fact of telecom billing is that a lot of errors creep into the system. Based on a sampling of phone bill audits, a whopping 85 to 90 percent of business telecom customers probably have significant errors that are costing them money. Undetected billing errors may appear on as many as 15 percent of your organization’s telecom invoices.

Overcharging by telcos can result from a host of mistakes, including duplicate billing, incorrect calculation of taxes, addition of inapplicable surcharges, charges for unused services, non-compliance with contract rates or terms, misapplication of a telecom tariff and possibly even fraudulent charges from a third-party service provider or even from the carrier itself.

Not only do these errors need to be corrected to prevent future overbilling, but past overpayments sometimes totaling thousand or tens of thousands of dollars can be recovered – if you’re willing and able to challenge incorrectly billed charges that have already been paid and negotiate a settlement. This has to be done in a timely manner since telecom carrier contracts limit the length of time a customer is allowed to revisit old charges and claim compensation for any past overpayments found.

A corollary fact to the high error rate in telecom billing is that telecom providers aren’t going to volunteer any corrections and refunds. Even if they’re the telco’s mistakes, they’re up to you, the customer, to identify and dispute. Telecom companies can be very resistant to applying a fix, no matter how justified, that eats away at their bottom lines.

Witness last year’s case involving Verizon, the country’s largest wireless carrier. It took pressure from the Federal Communications Commission to get Verizon to pledge refunds to 15 million customers who were billed $1.99 a pop for unwanted data usage sessions. The data use was in some cases initiated by software built into the phone, and in some cases it was activated accidentally by customers because of poor layout of the buttons on some Verizon handsets. The data rate schedule was structured so that a minimum charge of $1.99 was incurred no matter how short the session. Verizon may have raked in up to $90 million this way, essentially unearned money which it was nevertheless obviously reluctant to part with.

As an independent telecom consulting company since 1985, Telanalysis has the know-how to decipher your organization’s telecom and IT bills to discover the maximum savings hidden in them. We also have the expertise to pursue disputes with the telecom carriers to recover the most money possible. Telanalysis has no connection to any telecom provider and we work on a contingency basis, which means we make our living just by uncovering telecom savings for you! Call Telanalysis today for a free consultation at 866-300-6999 and let us begin lowering your company’s telecommunications bills.