After reaching an agreement earlier this month, Nokia acquired Deepfield allowing them 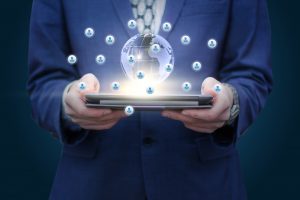 to expand and deepen their service automation and analytics-driven network capabilities.

Based in Ann Arbor, Michigan, Deepfield specializes in real-time analytics centered around IP network performance security and management. As of yet, the financial terms have not been released but the sale is expected to close within the first quarter of 2017. As a relatively new company founded in 2011, it currently has 65 people in their employment.

For Nokia, the purchase of Deepfield means a more analytics-driven network as well as service automation capabilities. This will help Nokia provide better network insight, DDoS protection and control for customers like cable operators, communications providers and cloud servers, enabling them to work directly with large technology companies.

One of the main reasons the acquisition of Deepfield was so important to Nokia was so that they could gain access to their internet Genome technology. This will allow them to identify more than 30,000 popular applications in the cloud and track how traffic runs through those networks to reach their subscribers, all in real time.Once the acquisition is complete, the plan is for Nokia to couple Deepfield’s huge data analytical power with Nokia’s control capabilities of open SDN platforms like their Nokia Network Platform (NSP) and their Nuage Networks Virtualized Services Platform (VSP).

Their hope is that by combining these two powerful systems, they can create a cognitive “brain” which will be able to make real-time alterations to wide area networks (WANs) and additional data networks to help them adapt quickly to the demand and flow of traffic patterns.

One of the major focuses for Deepfield has been application usage visibility. Cloud-based applications like HBO Go and Netflix make up more than 60 percent of internet traffic, and an internal study found that service providers have inadequate information to gauge what the impact of so much traffic is on the network and customers.

The arrival of NFV and SDN technologies will create a new demand for network and service computerization, which will require a lot of data analytics that will have to be delivered in real time. This is where telecommunications comes in. The ability to track and monitor a company’s traffic usage on a particular network could do wonders for companies who are trying to save money. After a telecom audit, a company will be able to see exactly where cutbacks are needed and where they can afford to pay a little less. Monitoring this can mean a drop in prices due to greater transparency.

Our professional auditors at Telanalysis will be able to identify areas on your telecom bill where you could have possibly been overcharged. We guarantee that we can save you money with our telecom auditing services or your audit is absolutely free. Contact us to schedule your telecommunications audit today.