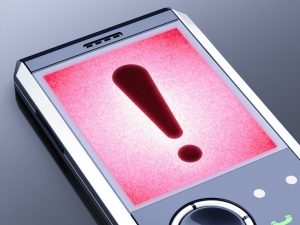 Between the threat of terrorism and other troubles at home and abroad, tensions have been high, causing many Americans to question their safety and the competency of their police forces. Those fears were put to rest when the police showed just how competent they were by utilizing technology to catch a possible terrorist.

New York City residents received a city-wide alert early this year from the Wireless Emergency Alerts system (WEA), a national service typically used to warn of impending hazardous weather conditions or to issue an Amber alert. This time, however, the message was different: an electronic wanted poster for a man sought in connection to recent bombing in New Jersey and Manhattan. This is believed to be the first time a Wireless Emergency Alert has been used in such a capacity.

The message, limited to 90 characters, read:

Ahmad Khan Rahami, 28, was wanted by investigators in connection to bombings in New York and New Jersey that injured 29 people. While the system has been used several times over the years to help authorities give safety updates or instruction to citizens in moments of chaos or potential danger, it hadn’t before been used to issue an alert for a suspect on the loose. It worked, however. Rahami was taken into custody within hours of the alert being issued.

The WEA system can only be accessed by a select few organizations, such as the FBI, the National Weather Service, the department of Homeland Security, and the president. However, tech giants like Apple and Google have been experimenting with creating built-in alerts to provide additional safety measures for their customers on Android and iOS. Facebook has also jumped in the game with their Safety Check System, which allows people to let their loved ones know that they are okay if such an emergency situation should happen in their area.

Though seemingly unrelated, an alert system and telecommunications could not have more in common. Technology that was once used for one, specific purpose slowly morphed to fit other needs of the community. As tech giants develop better and more effective ways to communicate, companies will have to find ways to provide the same level of technological growth to stay ahead of the curve, and this means cutting costs in the most expensive areas. The best way to start is by taking a look at their telecommunications. Many older telecom service plans are outdated, expensive, and lacking in solutions to needs that have arisen with the changing times, so companies are forced to buy service plans from multiple providers to meet their telecom needs.

For many companies, there may be newer options that provide much more for a more cost-effective rate, if only they take the time to audit their current plan and shop for better ones. Outdated and expensive plans are being dropped in favor of quality and savviness. As more and more companies grow and change, so do their ways of managing their everyday expenses. The way you manage your phone bills shouldn’t be left to dated practices, move on and move up.

Don’t be left behind when it comes to technology and communication. Your company can save on telecom expense management, phone bills and audits. Telanalysis is the expert when it comes to telecommunications cost reduction. With us you’ll be able to stay ahead of the technology game and save money at the same time. Contact us today to find out more about our services.