The FCC: Your Unexpected Telecom Ally 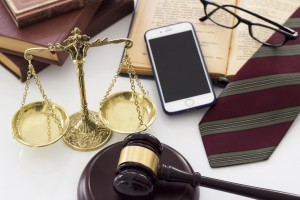 When it comes to telecommunications, federal regulation prevails over telecom companies – and this is a good thing! Phone companies must abide by a very strict set of rules and regulations regarding fair service and billing. Noncompliance or stretching the rules could lead to a court case. In this way, the Federal Communications Commission is a consumer’s unlikely ally against telecommunications companies who do not always have the customer’s best interests in mind.

What is the FCC?

The Federal Communications Commission (FCC) is the federal organization currently in charge of regulating interstate telecom in the United States.

The FCC handles matters regarding to radio, television, wire, satellite, and cable communications and is funded purely through regulatory fees. The FCC is headquartered in Washington, D.C., and is directed by five commissioners who each serve five-year terms. These commissioners are appointed by the President of the United States and must be confirmed by the United States Senate before beginning service. The FCC rules on all court cases regarding U.S. telecom policy, national security and even modernization.

While telecom audits are the best way for businesses to catch month-to-month telecom billing errors, the FCC relies on federal regulation to rule over these telecom companies. There are two landmark federal regulations that built modern telecom policy and they still hold weight in very important federal cases today:

President Franklin D. Roosevelt signed the Communications Act of 1934 into federal law on June 19, 1934. This act replaced the long-standing Federal Radio Commission with the Federal Communications Commission that we know today. This act centralized telecom authority, which improved the speed and quality of telecom service to businesses across the country.

For businesses, net neutrality impacts VoiP services like Skype. Without an open Internet platform, companies would be required to pay additional fees for access to the service or may be blocked from using it altogether.

The FCC’s vote reclassified internet service, moving it from the information industry to the telecommunication industry. Essentially, this ruling means that internet service providers cannot obstruct or incentivize consumer access to particular websites or types of online content. They also cannot create internet “fast lanes” that charge more for preferential access to certain sites. Claiming that net neutrality creates a fair playing ground for telecoms and consumers alike, FCC Chairman Tom Wheeler said, “This is no more a plan to regulate the Internet than the First Amendment is a plan to regulate free speech. They both stand for the same concept.”

When it comes to telecommunications billing, audits can uncover a lot. Slamming, cramming and overcharging for services are alarmingly prevalent practices in the telecommunications industry. While companies like Telanalysis serve companies on a day-to-day basis, the FCC is your friend in the government. They work to enforce regulations which keep fair policy in place at the federal level. Now it’s up to us to catch things on a local scale through telecom audits.

This entry was posted in Telecom Billing and tagged Highlight, Telecom billing. Bookmark the permalink.