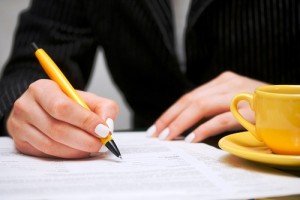 A telecommunications audit at any business or organization will typically find significant savings and potential savings. From overbilling and other invoicing mistakes to the discovery of unused services that can be eliminated altogether, a thorough telecom audit can recover thousands of dollars in overpayments and reduce costs going forward anywhere from 20 to 60 percent.

But the real opportunity for telecom cost savings starts before a single circuit has been installed or a single bill has been sent out. One of the most important parts of telecom management is negotiating with the carriers to arrive at a contract that secures good telecom and IT service at good rates for your organization.

Telecom carriers are in business to make money, and every telco would like to lock you into a contract that commits as much of your telecom spending to their company for as long as possible, with provisions that make it hard to terminate the contract early, enforce penalties for poor service or make your own decisions about equipment upgrades and other changes.

Telecom contract negotiation can be an unpleasant and complex task, one in which you can easily feel outmatched by the greater knowledge and experience of the telco representatives. Here are some guidelines for negotiating with them:

Begin the telecom procurement process about a year before your current contract expires – Don’t put it off for so long that time limitations place you in a bad bargaining position with your incumbent carrier. The reality is that switching telecom carriers is a complex process that takes time. Don’t be forced into sticking with your current carrier if there might be a better deal and a better fit out there.

Go in prepared – Know your current telecom usage and equipment needs, and to the extent that it’s possible in the fast-changing worlds of business and technology, develop a projection of your future needs.

Interview several carriers – Make sure you’ve explored all of your options for providers of each type of service you need. It should be clear to each carrier’s rep that they’re competing for your telecom spending dollars. Your current carrier should see that you are more than willing to make a change depending on the contract terms that are offered.

Don’t agree to commit too much of your spending to a single carrier – Exclusivity clauses should never be accepted. You must be able to take your business to any other vendor if they can best serve a particular telecom need that arises. If a carrier is seeking a Minimum Annual Revenue Commitment (MARC) from you, don’t assume that a higher MARC is getting you a better deal, and don’t underestimate the value of the flexibility that a lower MARC affords you. Any MARC that you do agree to should apply to your spending as a whole; there should not be a separate MARC for each service line, because that will also limit your flexibility as technology changes.

Don’t commit to a contract term that’s too long – Resist promises of a supposedly better deal in exchange for an overly long commitment. Again, things change quickly, both in the realm of telecom and IT technology and in the business climate. Try to keep the term at 3 years or less.

Make clear the level of service that’s expected, and the consequences for the carrier if it doesn’t deliver – Meaningful metrics to measure service should be spelled out as clearly as possible in the Service Level Agreement (SLA) of any contract, as well as any resulting consequences for the carrier. Ultimately, the contract must give you the right to terminate the contract with no penalties for serious violations of the SLA.

List contingencies under which renegotiation of the contract is permitted – If either your company or the telco undergoes a substantial change in business organization such as a merger or acquisition, you should have the right to re-examine your telecommunications needs and renegotiate your contract.

Telanalysis is an experienced telecommunications consulting firm that can help you in the procurement phase with telecom contract negotiations. Telanalysis has no affiliation to any telecom carrier, so we are free to serve only your interests and nothing else. We’ve been serving clients since 1985 by helping them to lower their telecom expenditures. Call Telanalysis toll-free today at 866-300-6999.

This entry was posted in Telecom Billing and tagged Highlight. Bookmark the permalink.