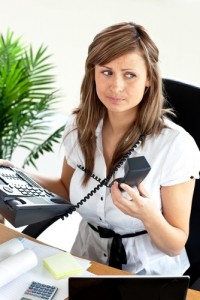 Of all the monthly invoices your company receives for payment, telecommunications invoices are the ones that you should perhaps pay the closest attention to. Landline and wireless phone bills should never be paid automatically, without close inspection, because 18 percent of all telecom bills contain mischarges. Corporate phone bill audits typically reveal overcharges going back months or years.

The savings to be found – and the overspending that can be avoided – can be significant. Admittedly, your company, or any other organization for that matter, is highly unlikely to unquestioningly pay a phone invoice like the record one sent to a Malaysian man in 2006 for $218 trillion (it was for a supposedly disconnected line that the man’s deceased father had left behind with a $23 balance). But many much smaller telecom billing mistakes that trickle through unnoticed can add up quickly. Ongoing telecom spending can be lowered by as much as 60 percent once the chronic issues that result in regular overcharging by the telecom carriers are resolved.

Telecom audits, when they are performed, routinely uncover money wasters that can run into many thousands of dollars for larger organizations. But straightening out your firm’s telecom expenditures isn’t a one-time thing. While phone bill audits are a great way to start the process of reining in your telecom overspending, it’s important to continually monitor your telecom invoices to make sure that mistakes and bogus charges don’t keep cropping up.

Unfortunately, experience shows that they will, and your only defense against paying too much for your telecom services is to keep an eagle eye on those invoices every single month, and to work with your telecom carriers to get their mistakes fixed. Some common recurring provider mistakes on telecom bills include tax rate errors, double-billing some line items, billing for other users’ charges, charging rates that are at variance with the contract and billing for equipment and lines that are not actually part of the customer’s inventory. Even if these issues are caught and sorted out, it’s common for promised credits from a telecom carrier to fail to appear on the next invoice.

Wireless billing is the source of some of the most egregious telecom overcharges. Stories of wireless invoices running into the tens or even hundreds of thousands of dollars – or even more – appear in the news regularly. With so much confusion over what is and isn’t included in each wireless plan, particularly when it comes to roaming charges and international calls and texts, and with the exorbitant rates often charged by wireless carriers for such services out-of-plan, this problem is unlikely go away soon. A recently begun voluntary effort by wireless carriers to automatically alert users who are approaching their plan limits may help, however.

Another source of telecom overcharges to look out for are two fraudulent practices discussed in earlier blog posts – slamming and cramming. Slamming is the practice of changing your telecom provider without your permission, and cramming is the addition of fees to your phone invoice on behalf of third-party vendors for services you didn’t order and probably don’t want.

Staying vigilant for the many kinds of telco overcharging that can occur means investing a considerable amount of your staff’s time and effort. Even then, regular office staff may miss some of the more subtle telecom billing mistakes that can occur. The alternative is to hire a specialist – a telecom management company like Telanalysis.

Telanalysis has been saving companies and institutional telecom customers money since 1985. Telanalysis can not only audit your past telecom spending and handle telecom contract negotiations on your behalf, we can also manage your telecom invoices and keep a watchful eye out for costly errors. Call Telanalysis today at 866-300-6999 to find out all the ways we can bring down your firm’s telecom spending.