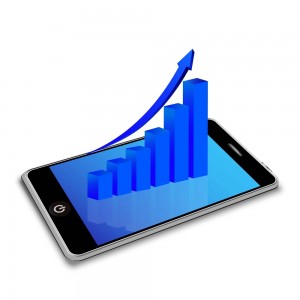 Telecommunications costs, as a share of the average enterprise’s total budget, long ago rose to the point that made telecom spending a top line-item expense for most businesses and organizations.  As telecom and IT technologies converge, all the while growing increasingly more important to institutional users in business, education and government, telecom and IT spending for voice, video and data services will continue to go up.

But in lean times, expectations for what technology can accomplish will likely rise faster than telecom budgets themselves, and effective telecom management will be as necessary as ever – perhaps more so – to ensure that all that money is spent wisely and efficiently, both for services and for infrastructure.

According to a report by the Yankee Group, a technology and telecom consulting firm that produces authoritative research on the tech market, worldwide capital spending on telecom actually flattened in 2009 and 2010 because of the global recession. But at the start of 2011, Yankee Group announced expectations of a rise of almost 3 percent in such spending, a prediction that Yankee and other telecom industry watchers subsequently revised upward throughout the year.

Now, as 2012 opens, industry analysts are predicting growth in IT/telecom spending this year in the neighborhood of 5.5 to 7 percent. Not surprisingly, a big chunk of this is increase expected to be attributable to acquisition and use of the latest communications technologies, including media tablets, smartphones and mobile networks. And everyone seems to agree that 2012 is the year in which business spending on wireless voice services will overtake spending on wireline-based voice communication.

Nor are these trends expected to slow down. In fact, Insight Research Corp. estimates that worldwide telecom spending will increase more than 5 percent each year for the next 5 years, reaching a total of $2.7 trillion by 2017. With all of this money in play, there is expected to be a corresponding rise in the amount that businesses spend on telecommunications management services.

Telanalysis is an experienced telecom billing consultant and telecom management firm that has been serving clients in the private and public sectors since 1985. Telanalysis can perform a no-risk phone bill audit or IT bill audit for your company or organization to reduce your telecom spending now and in the future, and to identify recoverable amounts due to past errors by your telecom providers. We also use our expertise to provide a full range of other money-saving services such as telecom contract negotiations, dispute resolution and ongoing telecom invoice management. Call Telanalysis today for a free consultation at 866-300-6999.