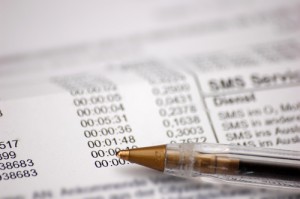 It won’t show up on a phone bill audit, but a slice of the money that you and your organization budget for telecom expenses could very well be going to subsidize other people’s free teleconferences, “adult chat” conversations or other phone-based services.

Providers of these kinds of services have partnered with some rural telecom companies to exploit federal policies that allow the rural telcos to collect relatively high access fees from long-distance carriers who route calls to them. In turn, the national carriers, such as AT&T, Verizon and Sprint, have to either absorb the fees they pay out – which total in the millions of dollars – or pass them on to residential and business consumers.

Called “traffic pumping” or “access stimulation,” these schemes route phone traffic through rural local exchange carriers (LECs) solely for the purpose of generating the access fees. The service provider and the participating LEC split the money they collect from the long distance carriers, who may try to recoup it from customers in the form of higher rates.

Payments from national long distance providers to rural LECs are just one component of a complex system of fees that telecom providers pay to each other called intercarrier compensation (ICC). The original purpose of allowing rural LEC’s to collect larger access fees was to ensure that they stay profitable enough to remain in business.

National telecom providers have been complaining about the cost of traffic pumping for years. Refusing to complete calls to traffic pumping exchanges is not an option for them because of laws enacted to ensure that rural America has reliable phone service comparable to that delivered to users in urban areas.

One telecom consulting firm estimated that traffic pumping cost wireless carriers alone $170 million in 2011. The year before, the same telco consultant had found that the number of call minutes attributable to traffic pumping had increased by nearly half. AT&T warned that its customers might ultimately have to foot the bill for $250 million in access fees it paid out for the year – and that was back in 2008. In some cases AT&T has even refused to pay invoices from LECs for what it deemed excessive access fees.

Traffic pumping calls that are routed to a rural LEC don’t serve its local customers. In fact, they’re forwarded from the rural telco to the service provider’s actual base of operations. The majority of adult chat providers, for instance, are located in the Los Angeles area and don’t have any physical presence in the area served by their partner rural LECs. Most of the LECs that practice “traffic pumping” are concentrated in Iowa, South Dakota and Minnesota, although there have been prominent examples in rural Utah and Mississippi as well.

Federal policy has always sought to ensure that rural America stays connected to the rest of the country, going back to the early days of the Federal Communications commission in the 1930s. Intercarrier payments that subsidized rural phone service were formalized in the Telecommunications Act of 1996, and the ICC system has been tweaked and adjusted many times through subsequent FCC rulings and court cases.

The access rates that benefit rural LECs were set high so that normal levels of incoming long distance traffic would generate sufficient income for them. However, with rural providers of telecom services allowed to bill per-minute access fees that are several times higher than what a non-rural exchange can charge, some saw an incentive to route as many minutes of telephone traffic as possible through rural LECs.

The FCC announced in October that it intends to overhaul the existing intercarrier compensation regime, partly for the purpose of curtailing traffic pumping and access stimulation.

Being aware of practices and trends in the telecom industry is key to making effective telecommunications management decisions for a business or organization. At Telanalysis, we specialize in maintaining up-to-date knowledge about the rapidly evolving fields of telecommunications and IT.   We’ve served our customers as a dedicated, independent telecom billing consultant since 1985. Telanalysis can help you get more in control of your company or agency’s telecom spending, from conducting a no-risk telecom audit to expert telecommunications consulting that will help you optimize your telecom contracting and spending. Call us today at 866-300-6999 for a free consultation.